Or, as my friend Lynda Prioleau says, “Put a button on it!”

I’ve noticed as quilters and as artists, we are our own worst enemy.  Someone will be admiring our work and we’ll start pointing out things that are wrong with it.  Let’s not do that!  Honestly, in most cases, no one will notice what looks like a glaring error to you…and if they notice, they won’t think it’s a mistake. So don’t point it out.

Sometimes, though, something will bug you and you’ll have to change it.  This is when you get to be creative. I look for a way to change it instead of “fixing” it.

Fusing stuff on top is always good. Or adding buttons! Slice and dice to add more fabric in there. (I’ve done this when I didn’t have enough of the border fabric I wanted to Use.) Add paint. Appliqué. And, every now and then, rip something out. I DO have a seam ripper.  Once, I had to rip out a set-in piece with curved seams when I inked the wrong word on a gift for a friend. Ouch, that hurt! Ripping out is always my last resort, because I’m really, really lazy.  But sometimes a girl’s gotta do what a girl’s gotta do.

I have a quote that’s perfect for those times when mistakes happen. I don’t know who first said this, or where I got it–it’s just written down in my sketchbook: 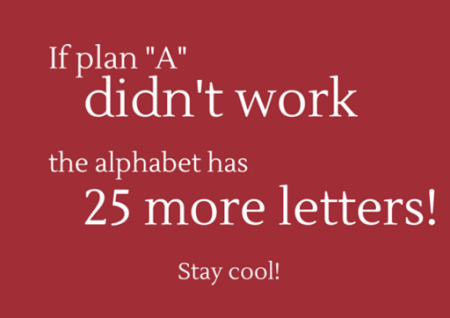 Words to live by. Don’t sweat the small stuff. As they say, it’s all small stuff!

Everyone have a great, creative day!


Next »
Return to menu

Keep up with Betsy’s new work

Be sure to check my blog often for updates!